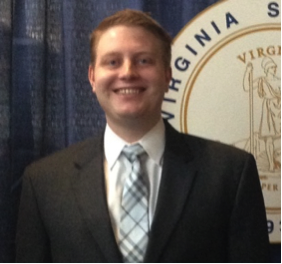 As an associate with GTP, Zach focuses on advising local governments, multi-jurisdictional entities, and non-profits. Zach has assisted localities with a variety of legal issues, including zoning interpretation, local ordinances, sign ordinances, condemnations, as well as working with building and zoning officials on enforcement.

During Zach’s tenure, he has appeared in both general district and circuit court on a variety of issues.  Zach has handled tax matters, homeowners association issues, condemnations, and quashing subpoenas requesting sensitive information.

He is a graduate of the University of Baltimore School of Law, where he attended the night program while working full-time.  While in law school, he interned with Garza, Regan and Associates, where he assisted a partner and an associate at all stages of the civil litigation process.

Zach worked at the Cato Institute while attending law school.  He worked his way up from the mail room and was the Print Center Manager at the end of his 7-year tenure.  The Print Center was an entirely new department at Cato, and Zach created and managed the Center.